The Victoria History of Leicestershire: Lutterworth 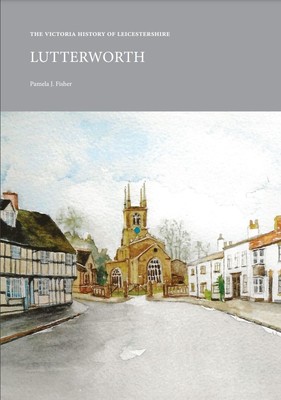 This publication, the fourth VCH Short from Leicestershire, tells the history of Lutterworth, a small market town in the south-west of the county. John Wyclif was the town’s rector from 1374 until his death in 1384, and the ongoing impact of his controversial writings so concerned the Church that his bones were disinterred and desecrated in 1428 on the instructions of the Pope. Lutterworth was also the birthplace of the jet engine, which was developed by Sir Frank Whittle between 1937 and 1942 in a disused foundry building in the town.

The evolution and development of Lutterworth from small beginnings before the Norman Conquest to the challenges posed today by its position as a key location for the modern logistics industry are described within these pages. Lutterworth’s people and their roles in shaping the economy, schools, churches, institutions and community life all feature strongly, as does the importance of the market in developing trade between the east and west midlands in the Middle Ages and the later effect of transport changes, including stagecoaches, railways and the modern motorway network on people, their jobs, housing and daily life.