The Victoria History of Herefordshire: Eastnor 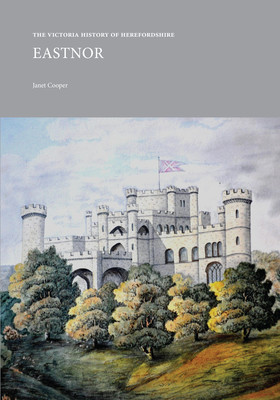 Eastnor is the first parish history to be produced by the Trust for the Victoria County History of Herefordshire, and complements some of the work on Ledbury undertaken for the Heritage Lottery-funded England’s Past for Everyone project between 2005 and 2009. In its expanded treatment of the parish history, emphasising the economy and society of the parish as well as landownership and religious life, Eastnor is modelled on the first individual VCH parish history to be published, that of Mapledurwell, Hampshire, in 2012.

Eastnor lies at the southern end of the Malvern Hills and has always been an agricultural parish. In the 19th and 20th centuries it was dominated by the Castle, built between 1812 and 1820, and by its owners, the Somers Cocks family, Barons and later Earls Somers, and their descendants. The Somers Cocks owned most of the land in the parish and employed many of its inhabitants, and this ownership saved the parish and its many timber-framed houses from modern development. In earlier centuries the pattern of land ownership was very different; at the time of Domesday Book the bishop of Hereford’s manor covered the whole parish. From the later Middle Ages the owners of small freeholds extended their holdings, so that in the 16th and 17th centuries several gentry families owned small estates in the parish. In the course of the 18th century these were bought up by the Somers Cocks family. This book explores, using the extensive archival records, how these changes in land ownership affected the inhabitants of the parish and the way in which the land was farmed.