The Victoria History of Herefordshire: Colwall 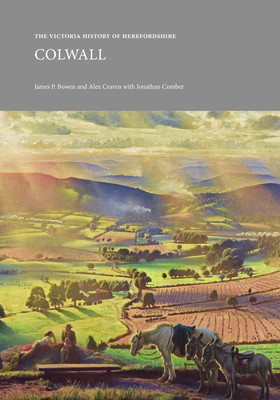 Colwall lies on the western slopes of the Malvern Hills, near the market town of Ledbury. The large village comprises Colwall Stone, Upper Colwall and Colwall Green. On the Herefordshire Beacon, in the south-eastern corner of the parish, is the Iron Age ‘British Camp’. At the time of Domesday Book the bishop of Hereford’s manor covered the whole parish, but shortly afterwards Barton Colwall manor was created to endow a prebend in the cathedral. Between the 15th and 17th centuries resident gentry established themselves on other estates, which came to characterise the pattern of landownership.

Until the 19th century Colwall’s economy was predominantly agricultural, including cultivation of orchards and hops. From the mid 19th century the northern part of the parish was transformed by the development of the spa at neighbouring Malvern, and by the arrival of the railway in 1861, following the construction of tunnels under the Malvern Hills by local engineer Stephen Ballard. Mineral water from Colwall springs was bottled commercially, and in 1892 Schweppes opened a bottling plant at Colwall Stone. Colwall’s rural location, natural springs and beautiful scenery attracted visitors to the numerous inns, hotels and boarding houses. Others settled in the parish, occupying new houses including notable arts and crafts villas. In the 21st century the parish continues to attract both visitors and new residents.