The Victoria History of Hampshire: Steventon 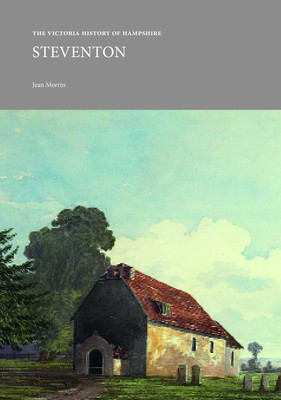 Steventon, a chalkland village near Basingstoke, is best known because Jane Austen, the famous novelist and daughter of the local rector, spent the first 25 years of her life here. Unlike Chawton and Bath, no house or museum commemorates the author’s memory in Steventon but this new history explains how family life and observation of north Hampshire society shaped her early literary career. She wrote early versions of Pride and Prejudice, Sense and Sensibility and Northanger Abbey in Steventon from 1796 to 1798, drawing on local society for inspiration for characters, manners and sentiments.

But the village had a rich history before and after its famous novelist and there are many other reasons to enjoy this book. Steventon is a typical southern chalkland settlement whose history provides examples of downland agriculture, of agricultural improvements, a scandalous landlord who was driven out of the village by his son and excommunicated by the archbishop of Canterbury, a new Victorian manor house, of landlord–tenant relations and much else. It discusses the social, economic and religious lives of the ordinary people of the village together with the lords of the manor.

This is the second parish history to be published by the new Victoria History of Hampshire group, providing scholarly studies of individual places. It should be of interest to those living in and beyond the county. The first new parish history by the group, Mapledurwell, was published in 2012.