The Victoria History of Hampshire: Dummer and Kempshott 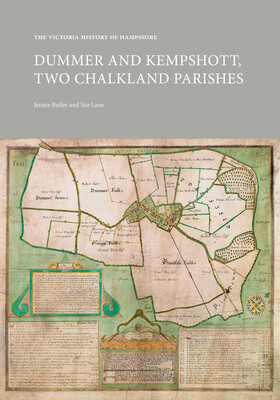 Dummer, a small parish on the chalk downlands south of Basingstoke, has a rich and well documented history which is of interest to a wide audience beyond Hampshire. Manorial records from the 16th century onwards provide a fascinating account of communal farming practices before enclosure of the land in 1743. The parish was distinguished by an unusual level of protestant non-conformity in the late 17th century, followed by the strongly evangelical outlook when John Wesley visited and preached in All Saints' church in 1736 and 1739. The diaries of lord of the manor, Stephen Terry (d. 1867), which vividly bring to life Dummer and Kempshott in the 19th century, are excellent exemplars of the value of personal testimony in local history. Read about Jane Austen, the Swing Riots, emancipated enslaved Africans, trade unionist Joseph Arch and the childhood home of Sarah Ferguson, Duchess of York. At Kempshott, joined with Dummer in 1879, the Prince of Wales (future George IV) leased the grand mansion as a hunting lodge and transformed the social life for the gentry of north Hampshire.

Dummer and Kempshott, Two Chalkland Parishes provides a captivating picture of life throughout the centuries in small farming communities –­­­­ largely self-contained yet not untouched by outside or national events.