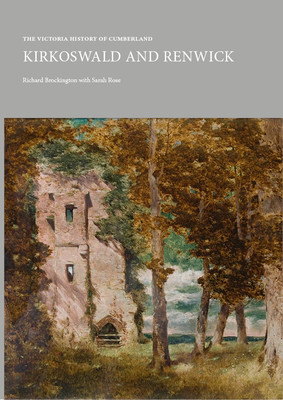 Kirkoswald and Renwick is the first parish history to be produced by the Cumbria County History Trust in collaboration with Lancaster University for the Victoria County History of Cumbria. Covering 30 square miles of agricultural land and moorland, the modern civil parish of Kirkoswald lies between the river Eden and the Pennine heights, on the western edge of the North Pennine Area of Outstanding Natural Beauty. Kirkoswald township, anciently a market and small industrial centre, lies nine miles north east of Penrith. Until 1566 Kirkoswald Castle was the principal seat of the powerful Barons Dacre of the North whose massive landholdings extended over six counties. In 1523 Lord Thomas Dacre translated St Oswald’s church, a pre-conquest foundation for which the village is named, to collegiate status, and after the Reformation the college became a gentleman's residence, acquired in 1611 by the Fetherstonhaugh family whose home it still is after 400 years and 11 generations of descent.

The economy, largely dependent on agriculture, benefited for 600 years from Kirkoswald's role as a market and business centre, with some manufacturing (textiles, paper and timber) powered by the waters of the Raven Beck. From 1631 to about 1850 there was coal mining on the Pennine Edge (with associated lime-burning). In the 21st century the parish remains an unspoilt and beautiful corner of England, home to some 30 farms specialising in animal husbandry, and many retired people and commuters to Penrith and Carlisle.

It is very difficult to find fault with this excellent new local history.
The production quality is outstanding,including numerous photos and maps as well as a first-rate glossary. It is a stand-alone study that is illuminating in its own right, valuable to anyone with an interest in upland communities.