Author(s)
Edited by Christopher A. Faraone
Series
Bulletin of the Institute of Classical Studies Supplements 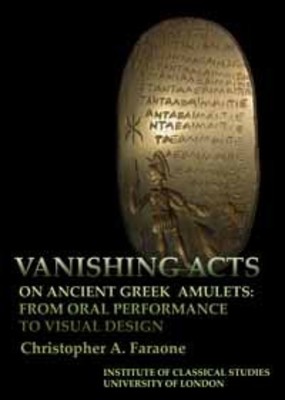 Greek magical texts sometimes contain peculiar triangular formations created by repeating the same word over and over again in the same column, but leaving off one letter at the beginning or end (or both). Interpretations shifted during the twentieth century: did the words inscribed in these shapes represent the names of diseases or evil demons which were forced to disappear as each letter of the name does? Or were they the work of Roman period scribes representing very different notions? This new study uses a masterly survey of the known examples of these texts to argue for a radical revision of recent views.