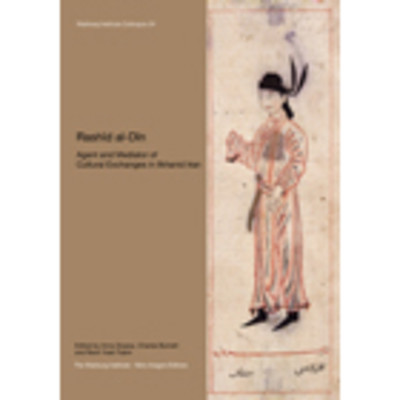 Rashid al-Din (1274-1318), physician and powerful minister at the court of the Ilkhans, was a key figure in the cosmopolitan milieu in Iran under Mongol rule. He set up an area in the vicinity of the court where philosophers, doctors, astronomers, and historians from different parts of Eurasia lived together, exchanged ideas and produced books. He was himself involved in collecting, collating and editing these materials, and the substantial oeuvre that resulted is a gold-mine for anyone studying the transmission of knowledge across cultures. By bringing together contributions from the fields of the history of religion, medicine, science and art, this book examines the cultural dynamics of Rashid al-Din’s circle. It addresses questions such as: How were different or conflicting perceptions mediated? What were Rashid al-Din’s aims in gathering information about different religions and societies? To what extent does Rashid al-Din’s intellectual contribution represent something new and different from its individual components?

Birgitt Hoffmann
Speaking about Oneself: Autobiographical Statements in the Works of Rashid al-Din

Judith Pfeiffer
The Canonization of Cultural Memory: Ghazan Khan, Rashid al-Din, and the Construction of the Mongol Past

Reuven Amitai
Rashid al-Din as a Historian of the Mamluks

Anna Akasoy
The Buddha and the Straight Path. Rashid al-Din’s Life of the Buddha: Islamic Perspectives

Ronit Yoeli-Tlalim
Life of the Buddha, Some Tibetan Perspectives