The Poets Laureate of the Long Eighteenth Century, 1668–1813 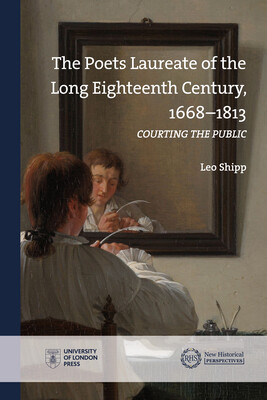 The office of the poet laureate of Britain was a highly prominent, relevant and respectable institution throughout the long eighteenth century. First instituted for John Dryden in 1668, the laureateship developed from an honorific into a functionary office with a settled position in court (c.1689–1715), and was bestowed upon Robert Southey in 1813, whose tenure eventually transformed the office. Taking an interdisciplinary approach, this book examines the office’s institutional changes and public reception, the mechanics of each laureate’s appointment, and the works produced by the laureates before and after their appointments. It argues that the laureateship played a key part in some of the most vital trends in eighteenth-century culture.

The conclusion is arrived at by employing a new research paradigm that it calls the conceptual geography of culture. It shows that Britons routinely used spatial concepts to understand culture throughout the period, which became increasingly abstract over time. As part of this, the court evolved from a concrete space in London to an abstract space capable of hosting the entire British public. The laureateship was a dynamic office positioned at the interface of court and public, evolving in line with its audiences. An important intervention in eighteenth-century historiography, this book presents a nuanced understanding of eighteenth-century culture and society, in which the laureateship exemplified the enduring centrality of the court to the British conceptual geography of culture.