Octavia Hill, social activism and the remaking of British society 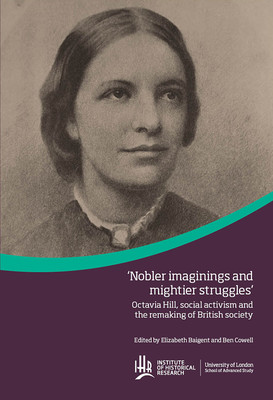 This volume reassesses the life and work of Octavia Hill, housing reformer, open space campaigner, co-founder of the National Trust, founder of the Army Cadet Force, and the first woman to be invited to sit on a royal commission. In her lifetime she was widely regarded as an authority on a broad range of social problems. Yet despite her early pre-eminence, and the remarkable success of the institutions which she helped to found, Hill fell from public favour in the twentieth century. This book provides a nuanced portrait of Hill and her work in a broader context of social change, reflecting recent scholarship on nineteenth-century society in general, and on philanthropy and preservation, and women’s role in them, in particular.

I. ‘The habit of seeing and sorting out problems’: Octavia Hill’s life and afterlife
1. Octavia Hill: ‘the most misunderstood … Victorian reformer’ - Elizabeth Baigent

II. ‘Beauty is for all’: art in the life and work of Octavia Hill
3. Octavia Hill: the practice of sympathy and the art of housing - William Whyte

5. ‘The poor, as well as the rich, need something more than meat and drink’: the vision of the Kyrle Society - Robert Whelan

V. ‘The loving zeal of individuals which cannot be legislated for by Parliament’: Octavia Hill’s vision in historical context
11. At home in the metropolis: gender and ideals of social service - Jane Garnett

12. Octavia Hill, Beatrice Webb, and the Royal Commission on the Poor Laws, 1905–9: a mid Victorian in an Edwardian world - Lawrence Goldman

14. For the benefit of the nation: politics and the early National Trust - Ben Cowell