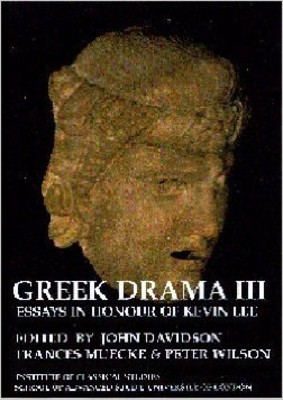 This volume vividly demonstrates the richness and wide scope of contemporary engagement with Greek drama in scholarship and performance.

Key studies of the interaction between performance, politics and society range from the detection of Sophocles' infiltration of the culture through different kinds of evidence B not a linear narrative but a 'mosaic' B to modern performance in South Africa. Gender issues explored include Euripides' interest in female experience, especially the subjection of young women to male violence, and a study of representations in tragedy of homosexuality and pederasty.The role of drama, both tragedy and comedy, in the creation of Athenian identity includes a review of the way that dramatists used the Trojan War to comment on current events and how drama could be used to interrogate both pre- and anti-democratic forms of authority. Aspects of tragic language and of comic performance are explored.

The papers in this collection are revised versions of a selection of papers delivered at the Greek Drama III conference held at the University of Sydney in 2002. The conference was the third in a series the first being held in Sydney in 1982 and the second in Christchurch in 1992. The papers are dedicated to the memory of Kevin Lee.