The Fevered Novel from Balzac to Bernanos: Frenetic Catholicism in Crisis, Delirium and Revolution 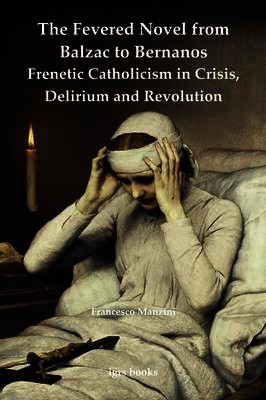 This book examines a corpus of frenetic novels – by Balzac, Barbey d'Aurevilly, Zola, Huysmans, Bloy and Bernanos – that foreground the motif of fever within a recurring masterplot: a pious young woman, just discovering her sexuality, finds herself torn between two father-figures, a doctor (typically a blood relative, often the biological father) and a priest (the spiritual father). She contracts a disease of uncertain origin, made manifest by a series of fevers that require interpretation in the light of contemporary religious, medical and literary discourses. Manzini traces the motifs of fever and frenzy back to Rousseau, the Gothic novel and Frenetic Romanticism, as well as forward to their recuperation within Surrealism, in order to produce an original history of Frenetic Catholicism in the age of realism.

Francesco Manzini is a Junior Research Fellow in French at Oriel College, Oxford, and author of Stendhal's Parallel Lives (2004). He has also published numerous articles on nineteenth-century French literature.

'... a stimulating, original and important contribution not just to fiction studies but to a more general understanding of French culture and society.'
(Modern Language Review)