Emotions between Greece and Rome 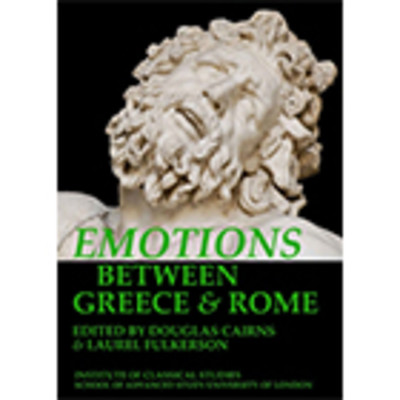 Emotion in the ancient Greek and Roman worlds is now an established field of research in classical studies, but so far scholars have made surprisingly few attempts to investigate the emotions of the two cultures in comparative terms.

In this innovative and timely collection, nine leading scholars make a start on that project. Topics include: differences between the Greek and Roman emotional repertoires; the semantic fields and scripts covered by comparable Greek and Latin terms; the impact of bilingualism; the fate of emotion terms in translation; the way Roman authors deal with the emotional aspects of their Greek literary models; Greek and Roman views of the emotional character of their counterparts in the other culture.