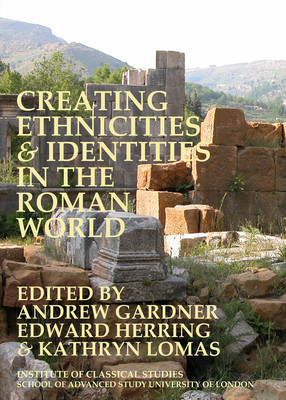 Questions of ethnic and cultural identities are central to the contemporary understanding of the Roman world.

The expansion of Rome across Italy, the Mediterranean, and beyond entailed encounters with a wide range of peoples. Many of these had well-established pre-conquest ethnic identities which can be compared with Roman perceptions of them. In other cases, the ethnicity of peoples conquered by Rome has been perceived almost entirely through the lenses of Roman ethnographic writing and administrative structures.

The formation of such identities, and the shaping of these identities by Rome, was a vital part of the process of Roman imperialism. Comparisons across the empire reveal some similarities in the processes of identity formation during and after the period of Roman conquest, but they also reveal a considerable degree of diversity and localisation in interactions between Romans and others.

This volume explores how these practices of ethnic categorisation formed part of Roman strategies of control, and how people living in particular places internalised them and developed their own senses of belonging to an ethnic community. It includes both regional studies and thematic approaches by leading scholars in the field.