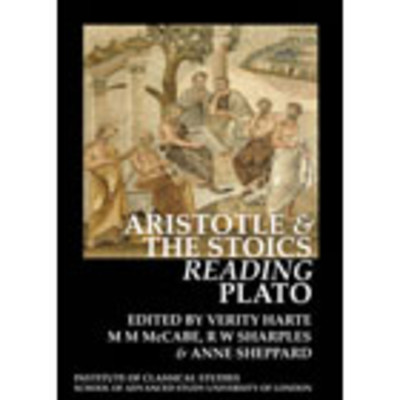 Plato is perhaps the most readable of all philosophers. Recent scholarship on Plato has focused attention on the dramatic and literary form through which Plato presents his philosophy, an integral part of that philosophy.

The papers in this volume for the first time consider Aristotle and the Stoics as readers of Plato. That these successors were influenced by the thought of Plato is a commonplace: the ‘whole of western philosophy is a series of footnotes to Plato’.

Arising from Institute of Classical Studies Research Seminars in 2004-5 and 2005-6, the papers in this volume rather consider whether and how the philosophical concerns of these later thinkers were served were served by close reading of Plato, through inter-textual engagement with specific passages of Plato’s works.