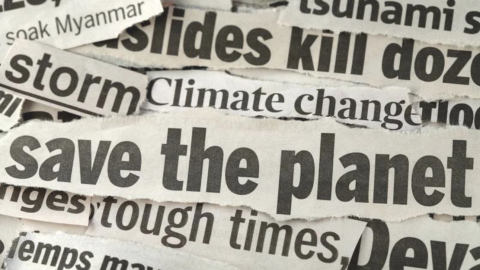 Against the backdrop of the UN Climate Change Conference (COP27) in Sharm el Sheikh, this online panel of academics, policy practitioners and media experts will discuss climate change in the media: changing media coverage, issue attention and themes, the role of social media. How much has media reportage influenced science and policy? Can journalists and media outlets make the world care?

Dr James Painter is based at the Reuters Institute; he is former Director of the Journalism Fellowship Programme. He is also visiting professor at IPMZ in the University of Zurich. His research covers a wide range of research areas including climate denialism, risk and uncertainty, animal agriculture and climate change, lab-grown meat, extreme weather events, climate niche sites and biodiversity loss.

Mr Roger Harrabin is the BBC's former energy and environment analyst, and one of their senior journalists on the environment and energy. He has broadcast on environmental issues since the 1980s and has won many awards in print, TV and radio.

Jayashree Nandi is the environment and climate correspondent at Hindustan Times. She primarily covers climate science and negotiations; environmental policy and concerns in India such as air and water pollution; forests, wildlife, environmental litigation and people’s stories. With over 14 years of experience in writing on environment, she has worked with The Times of India in the past before joining Hindustan Times in 2018. Jayashree won the Centre for Media Studies Young Environment Journalist of the Year award in 2019. She has taken up a number of journalism fellowships including the Biodiversity Media Initiative fellowship of the Earth Journalism Network. Jayashree has authored a picture eBook for 4- to 6-year-olds on this year's Uttarakhand flood disaster titled "Saving Raini” mainly with the idea of introducing Indian children to the climate crisis.

This event was in collaboration with the Commonwealth Journalists Association.