Soft Power in the Contemporary Commonwealth 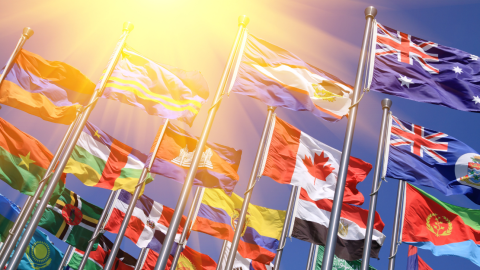 On Commonwealth Day 2013 (11 March), Queen Elizabeth II signed the Commonwealth Charter, the result of wide-ranging consultations across the governments, associations and people of the Commonwealth, after the Eminent Persons Group on Commonwealth reform first promoted the idea of a single, non-binding document outlining the Organisation’s fundamental principles and values. In its final paragraph, and in line with support for democracy, human rights, the rule of law and sustainable development, the Charter stated: ‘We aspire to a Commonwealth that is a strong and respected voice in the world, speaking out on major issues; that strengthens and enlarges its networks; that has a global relevance and profile; and that is devoted to improving the lives of all peoples of the Commonwealth.’  The ability of the Commonwealth to achieve such objectives is dependent on its capacity to act coherently and consensually on a specific list of clearly defined values, to publicise its work and – arguably – to intervene when member countries or Commonwealth organisations are in breach of the Charter.

The negotiation of the Charter coincided with increasing interest paid by a number of member states to the rationale and importance of soft power in delivering foreign policy objectives and as a core component of diplomacy. Defined by Joseph Nye as ‘the ability of a country to get what it wants through attraction, rather than coercion or payment’,  soft power was central in the reflections of the UK Foreign Affairs Committee on ‘The role and future of the Commonwealth in 2011-2012’. Former Minister of State, Lord Howell then described the Commonwealth as ‘the soft power network of the future’  and the Committee’s report attached considerable importance to the ‘people’s Commonwealth’. Several Commonwealth organisations, including the Commonwealth Parliamentary Association and the Association of Commonwealth Universities, also submitted evidence to the House of Lords Committee on ‘Soft Power and the UK’s Influence’, which started its work two months after the publication of the Commonwealth Charter and published its final report in 2014. Beyond the UK, ministries and diplomats across the Commonwealth, including in India, South Africa, Australia, the Caribbean and Pacific island states, have also paid renewed attention to soft power, in combination with hard and smart power, and to the ability of multilateral diplomatic networks such as the Commonwealth to attract and sustain membership, or to relay their interests and concerns.

At the heart of the Commonwealth Charter is the hope that the Commonwealth, as a voluntary intergovernmental association and as a people’s network, can itself wield distinct soft power. And yet ten years on, evolution of the Commonwealth and tensions on the global stage – including the resurgence of geopolitics, military conflicts and the unwillingness of governments to abide by net-zero by 2050 – have raised questions about both the ability of the Commonwealth to live up to the values of its Charter, and the place of soft power in international politics.

This one-day conference seeks to reflect on the approaches, opportunities and challenges to soft power in the Commonwealth by considering three main areas:

- to what extent is soft power, and many of the Commonwealth’s objectives, dependent on addressing the memory, legacy and impact of such a past? What impact does this have on the ability of the organisation to push for respect and progress in democracy, media freedom, the rule of law and sustainable development?

- to what extent is Commonwealth soft power enhanced or constrained by its association with monarchy?

- Do the tools necessarily focus more on elites (students who go on to secure important jobs, for instance), or are there other methodologies, for both researchers and policy-makers?

- does the Charter of 2013 give it a comparative advantage? Or complicate expectations of the Commonwealth because of differing interpretations of the purpose of the Charter (aspirational values, versus pathway for policy and governance)?

- How does the Commonwealth compare with other post-imperial organisations such as the Francophonie (OIF) and the Community of Portuguese-Speaking States (CPLP), or with regional organisations such as the European Union and the African Union, in the understanding and promotion (including the all-important issues of funding and branding) of soft power?

Contributions can focus on pan-organisation analysis, or on specific case studies, involving one or more member states.

Also welcome are contributions that seek to historicise the issues above, particularly in areas that have been traditionally given less attention in Commonwealth policy, including the role of universities, museums and culture defined in its broadest sense.

Please send a proposal (300 words) and a short biography to Mélanie Torrent (melanie.torrent@sas.ac.uk) by 25 November 2022. Please also indicate, if relevant, any difference in time zones, so that this can be taken into account in the conference programme. The committee expect to notify people by 9 December 2022.

For any questions or further information, please contact Mélanie Torrent.