As Birmingham prepares to build on the legacy of the 2022 Commonwealth Games, PhD student Caio Mello asks what lessons can be learned from the London experience a decade earlier. 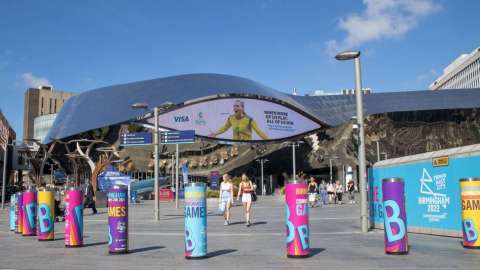 The 2022 Commonwealth Games, which ended on Monday 8 August, marks the 10th anniversary of another international sporting event hosted in the UK: the 2012 Summer Olympics. As Birmingham prepares to return to normal, and hopefully build on the legacy of the Games, what lessons can be learned from the London experience a decade earlier?

Over the last few years, hosting major sporting events has become impracticable for many cities, with the number of bids for the Olympics reducing significantly. While for the 2004 Summer Games eleven cities competed to host, in 2024, from the five initial candidates, only Paris and Los Angeles maintained their applications until the end. Facing such challenges to find hosts, the IOC decided on this occasion to award Paris the 2024 Olympic Games and Los Angeles the subsequent Games in 2028.

Learn more about the team